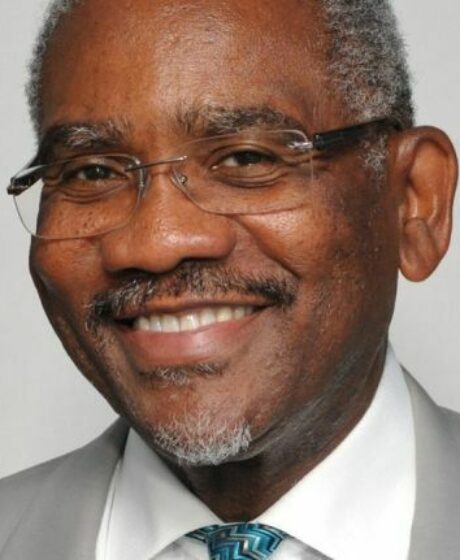 Serving the people of New York’s Fifth Congressional District has been the focus of Congressman Gregory W. Meeks’ twenty-year tenure in the U.S. House of Representatives. During that time he has earned the respect of his constituents, as well as both Democrats and Republicans in Congress and in New York, as an effective, common-sense leader who gets things done. The economic vitality and well-being of the Sixth Congressional District stays front and center for Congressman Meeks who sits on two important and prominent committees in the House: the Financial Services Committee and the Foreign Affairs Committee.

Congressman Meeks is a senior member of the House Financial Services Committee and is the Chairman of the Subcommittee on International Monetary Policy and Trade. He also serves on the Subcommittee on Financial Institutions and Consumer Credit, and Subcommittee on Domestic Monetary Policy and Technology. Additionally, he has been appointed by Financial Services Committee Chairman Barney Frank (MA-4) as the Committee’s designee on the House Working Group on Sovereign Wealth Funds. A critical committee for the state of New York, the Financial Services Committee oversees all components of the nation’s housing and financial services sectors including banking, insurance, real estate, public and assisted housing, and securities. The Committee continually reviews the laws and programs relating to the U.S. Department of Housing and Urban Development, the Federal Reserve Bank, the Federal Deposit Insurance Corporation, Fannie Mae and Freddie Mac, and international development and finance agencies such as the World Bank and the International Monetary Fund.

Congressman Meeks serves as a senior member of the House Foreign Affairs Committee where he sits on the Subcommittee on Asia, the Pacific and Global Environment, Subcommittee on the Western Hemisphere, and Subcommittee on Africa and Global Health. At a time when the world is more interconnected than ever before, the Foreign Affairs Committee has an important role to play. The Committee is responsible for oversight and legislation relating to: foreign assistance; the Peace Corps; national security developments affecting foreign policy; strategic planning and agreements; war powers, treaties, executive agreements, and the deployment and use of United States Armed Forces; peacekeeping, peace enforcement, and enforcement of United Nations or other international sanctions; arms control and disarmament issues; the United States Agency for International Development; activities and policies of the State, Commerce and Defense Departments and other agencies related to the Arms Export Control Act, and the Foreign Assistance Act.

Congressman Meeks seeks to promote policies that strengthen America’s economic and national security and build relationships with other nations in a more globalized world. He is a strong supporter of diplomacy and as such is a co-chair of the Dialogue Caucus in the House of Representatives. He also co-chairs the Services Caucus to promote the advancement of trade in services, and the Organization of American States Caucus to facilitate a stronger, more cooperative hemisphere.

Congressman Meeks earned his bachelor’s degree at Adelphi University and he received his law degree from Howard University. He is a member of the Allen AME Church in St. Albans New York and is a member of Alpha Phi Alpha Fraternity. He is married to Simone-Marie Meeks and has three daughters – Ebony, Aja, and Nia-Ayana.